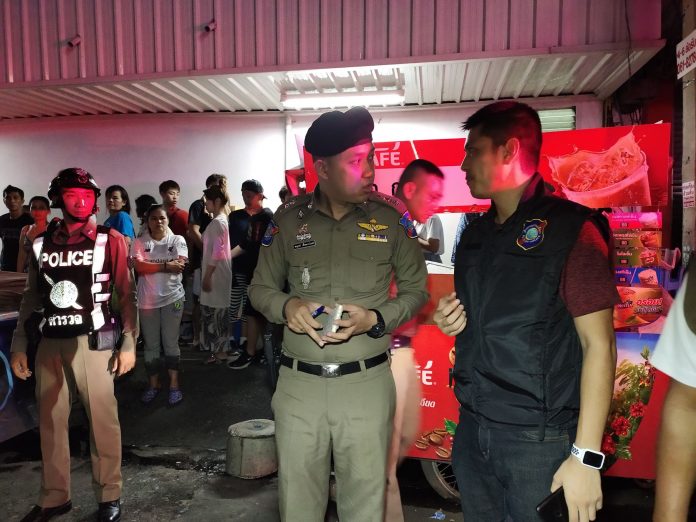 Pattaya –
A British tourist has been pronounced dead after a firework exploded last evening on Soi 13/2 in Central Pattaya.

Captain Nakarat Nonsrilard of the Pattaya City Police was notified of the incident at 12:30AM on Soi 13/2 near Second Road and the Miami gogo.

Police, emergency responders and The Pattaya News rushed to the scene.

The British man, 51, had sustained serious face injuries and was found at the scene in critical condition. He was named by Pattaya Police as Mr. Gary McLaren.

Despite the best efforts of medical staff he was later pronounced dead at the scene.

A large firework was found on the ground nearby and taken as evidence.

A 24 year old witness, Ms. Wassana Nguantai, told The Pattaya News reporters that Mr. McLaren had tried to light the firework two times but failed. It is believed the firework was faulty and exploded on the ground while Mr. McLaren was attempting to light it a third time.

Pattaya Police are continuing thier investigation and contacting the British Embassy and relatives of Mr. McLaren. Officially, fireworks are against the law to be lit without a proper license and trained personnel but were widely available on New Year’s Eve, being sold by various street vendors across the city.

Written and photos by The Pattaya News. 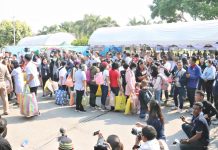