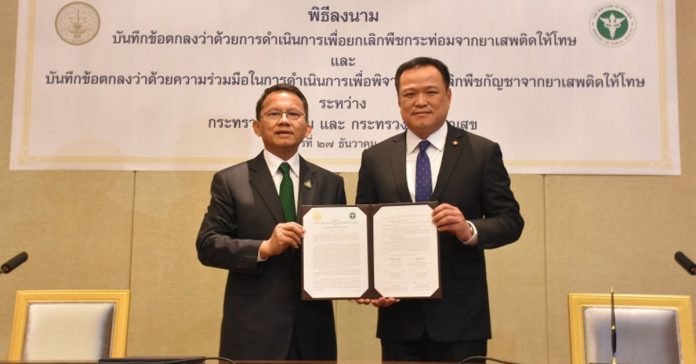 BANGKOK (NNT) – The Drugs Act of B.E. 2562 which was published in the Royal Gazette last February keeps cannabis and kratom off the drugs list, to allow them to be trialed for medical use. The Ministry of Public Health and the Ministry of Justice now plan to remove both types of plant from the drugs list…possibly permanently.

Meanwhile, the Ministry of Education and the Ministry of Tourism and Sports plan to promote Thailand as a Medical Hub with the second meeting of the directing committee for an international medical hub, approving six aspects of excellence in medical treatments which may draw the attention of foreigners and stimulate the national economy such as surgical beauty, transgender surgery, knee joints, cardiac systems, difficulties giving birth and dental care. Besides, Nuad Thai traditional massage which has been registered as Intangible Cultural Heritage will be upgraded to meet international standards.