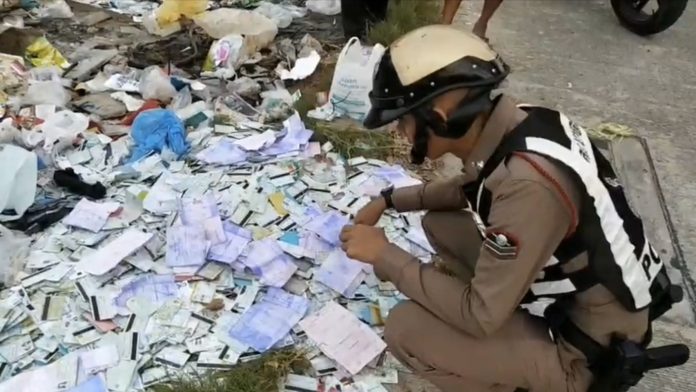 The Bang Lamung Police Chief Colonel Pattanachai Pamornpiboon told The Pattaya News over the Christmas holiday that dozens of identification cards and official documents found by local residents dumped on the side of a local road were dropped by mistake.

All of them are expired identification cards and documents, he added and none of them current.

Those documents were dropped by mistake by police while on being transported from a safe place from the Bang Lamung Police Station. He added the individual who made the mistake will face an internal investigation.

The Pattaya News noted that important official documents must be kept at least 10 years before able to destroy.

The original dropping of the documents went viral on Thai social media over Christmas.