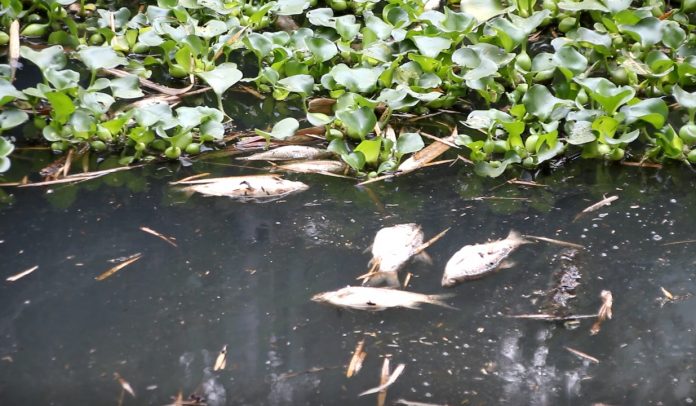 Watch the video of our reporters touring the canal above.

A large amount of dead fish have been found in a prominent Banglamung canal yesterday, December 25, 2019.

Local residents in Nongprue showed The Pattaya News that the canal, which is near a kindergarten school, was found with many dead fish floating on the surface.

It is believed that the fish had died from a lack of oxygen because the water is covered with hyacinth plants and appears to be contaminated with waste water. The water quality appears to be very poor and a foul odor emanates from the canal.

Marine officials have been called by the residents to test the water quality, clear the plants that are clogging the canal and resolve the problem.