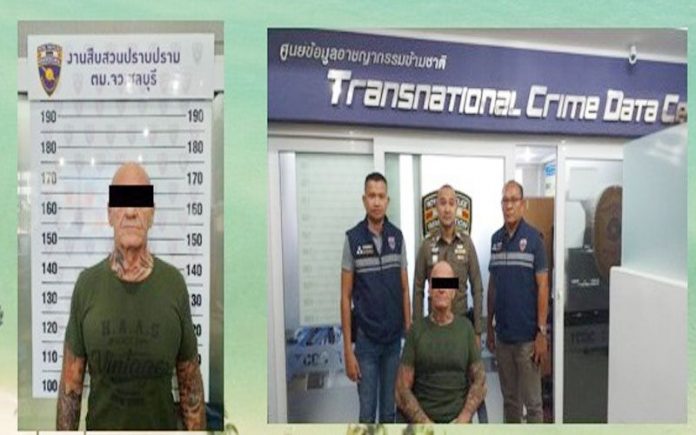 Chonburi immigration acted on a warrant issued by the Pattaya court yesterday and arrested a 60 year old Austrian.

The warrant, issued on December 9th said that William W. had stayed, eaten and consumed beverages in a hotel knowing that he did not have the  ability to pay. William allegedly admitted he was broke and could not afford to pay his bills.

The warrant also stated that he was on overstay for one day.

Pictures of the foreigner at the Transnational Crime Data Center were published on the Naew Na media site.

The Chonburi commander of immigration, Pol Col. Naren Khreuangsanuk stated that he was acting under the direction of immigration chief Pol Lt-Gen Sompong Chingduang in ridding the country of lawbreaking foreigners.

The public were urged to continue to call 1178 to report transgressions.