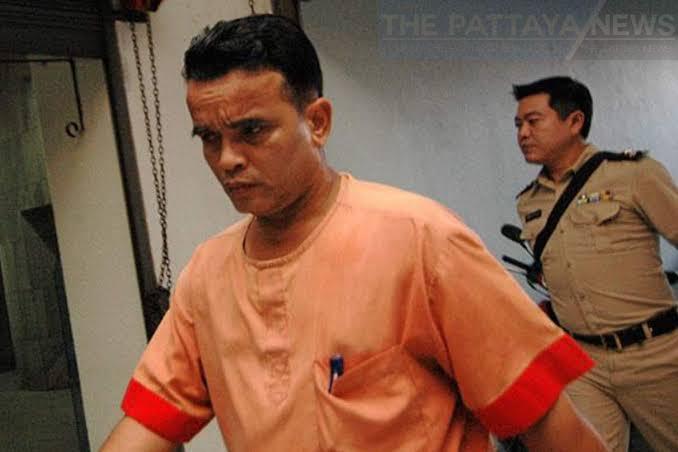 A police manhunt is underway for Thailand’s “Jack the Ripper”, a serial killer previously convicted of 17 rapes, murders and robberies, who allegedly killed a hotel maid on December 15th in the north-eastern province of Khon Kaen. The suspect had been released from prison in May this year after serving 14 years.

Corrections Department director-general Pol Col Narat Sawetnanan yesterday (Monday) admitted that the early release of the convicted serial killer, Nakhon Si Thammarat native Somkid Poompuang, on May 17th was due to an error in the screening process aimed at reducing time inside for prisoners deemed to have been well-behaved.

He promised to revamp the process and pledged to cooperate fully with the police in tracking down Somkid and bringing him to justice.

Bangkok-based Crime Suppression Division police have been dispatched to Khon Kaen to help in the hunt.

Pol Col Kachornrith Wongrath, superintendent of Kranuan district police, said today that police have examined CCTV footage and other evidence following the murder of the hotel maid, at her house in Kranuan district, and are convinced that Somkid, or Thailand’s “Jack the Ripper”, was the perpetrator.