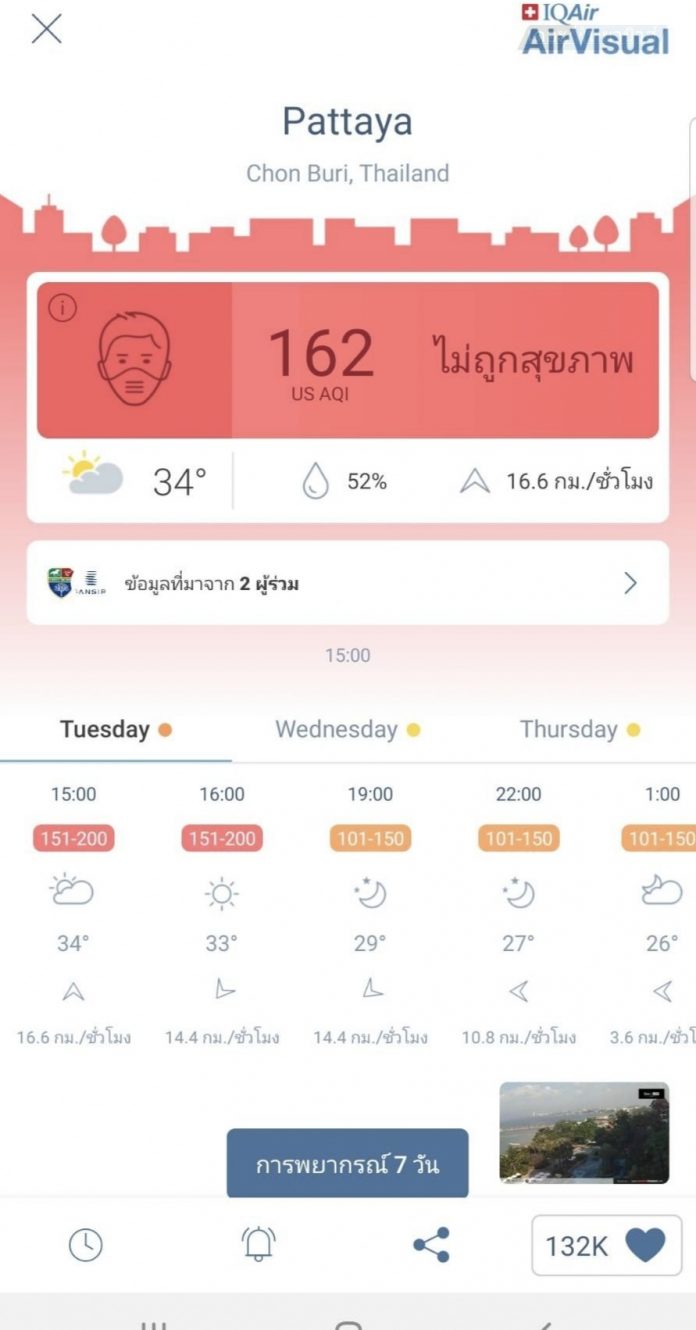 Pattaya –
The 2.5 PM particulate matter in the air in Pattaya has reached 162 Micrograms/cubic metres which was measured today at 3:30PM alarming both local residents and tourists due to potential health concerns.

Pattaya currently sees smog blanketing the city especially from high buildings and at the beaches. The islands and boats in the ocean are currently obscured due to the air pollution.

Residents shared many pictures and concerns across social media today as the pollution was the worst it had been since the middle of the summer in Pattaya.

However, there was no official warning about the dust and air pollution today. Health groups advised wearing a proper mask and limiting time outdoors until the current clouds pass.

The World Health Organization has stated the majority of the pollution is from burning of crops across South East Asia, as well as diesel fuel which carries in clouds across the country. Bangkok has also been particularly hard hit in the last week with air pollution.

Written by The Pattaya News Team