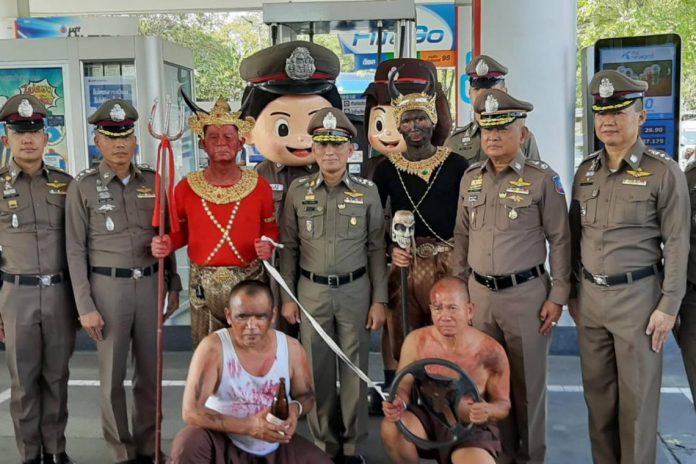 BANGKOK (NNT) – Various agencies have launched a no-drunk-driving campaign during the New Year festival, to raise awareness of social responsibility among car drivers.

Deputy police chief Pol Gen Wirachai Songmetta, has spoken in support of the no-drunk-driving and social responsibility campaign during the upcoming New Year festival, and gave 10 points of advice to car drivers and bike riders in an effort to reduce the number of road accidents.

His recommendations are not to speed, not to drive in the wrong direction, not to violate traffic light control, use a safety belt, carry a driver’s license, don’t pass other vehicles in unlikely spots, don’t get drunk driving, wear a motorcycle crash helmet, drive a motorcycle in a safe manner and don’t use a mobile phone while driving.

Pol Gen Wirachai said the Royal Thai Police intend to raise awareness of road safety among all drivers, particularly during long holidays with many road travelers. During the seven-day danger period from December 27, 2019, to January 2, 2020, over 8.6 million vehicles are expected to travel in and out of Bangkok. During the New Year 2019 period, a total of 3,791 road accidents were reported, killing 463 people and injuring 3,892 others, with drunk driving and speeding being the main causes.