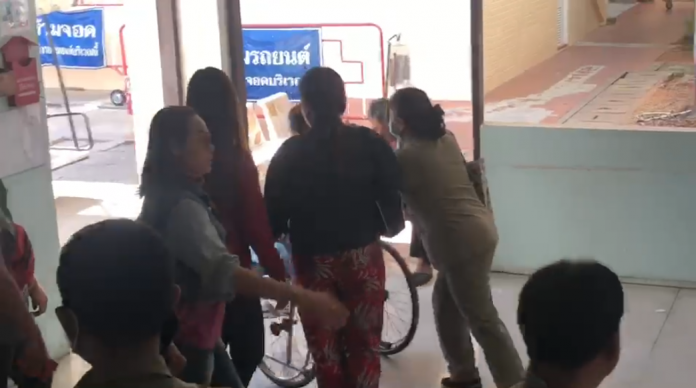 Sri Racha –
A suspect is being hunted after stabbing his ex-girlfriend who was seriously injured in Bowin.

Bowin Police were notified of the incident at about midday yesterday at a factory in Hemmarat.

The suspect, 25 year old Saranyu Saetan who is Ms Sasiwimon’s ex-boyfriend, fled after the incident. The incident occurred while the victim was working and in front of several co workers and witnesses.

At this stage police believed that the suspect was jealous his ex-girlfriend was allegedly dating other men. Police are hunting for the suspect.