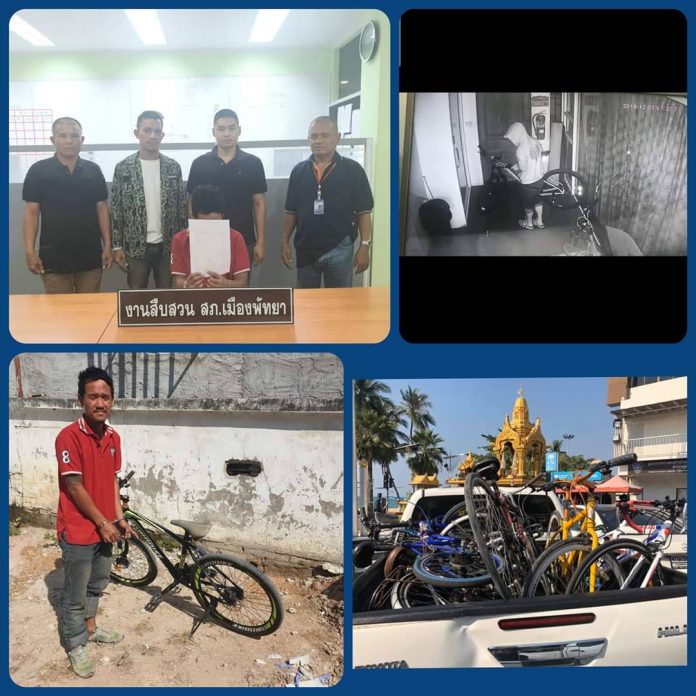 The suspect was arrested with many expensive bicycles in Pattaya this afternoon.

Pattaya –
A suspect has been arrested with many expensive bicycles in Pattaya this afternoon.

Top was caught while walking around in Pattaya allegedly looking for more bicycles to steal. According to Pattaya Police he has stolen mobile phones and many expensive bicycles before speeding away over the past few weeks.

After he stole the items he allegedly sold these stolen items over the internet and at second hand shops. Top has been charged with multiple counts of theft.

Police noted that bicycle owners can claim their bicycles back with evidence of ownership at the Pattaya Police Station.