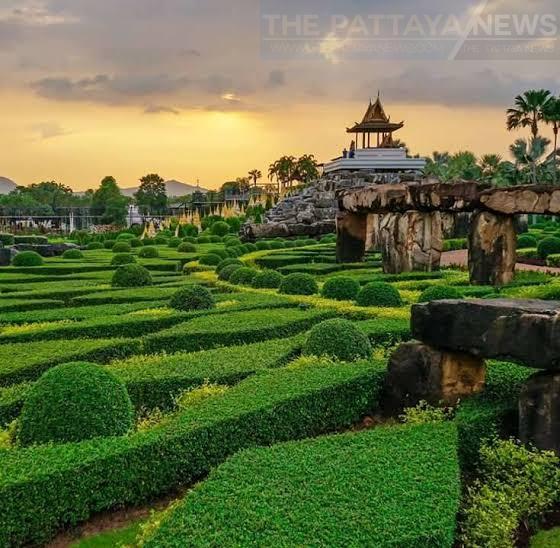 The garden director Kampol Tansajja said the campaign was started to allow villagers in Sattahip, the district housing the garden, to visit for free. The offer received overwhelmingly positive feedback and was extended for all residents in Chonburi province, and is now extended to other provinces in Thailand.

He said this campaign complies with the government’s domestic tourism promotion campaign, aimed at stimulating cash circulation in the country.

Renovations have recently been made at Nong Nooch Tropical Garden to welcome visitors, with more trees, flowers and hundreds of dinosaur statues in what is recognized as Thailand’s most beautiful garden.

In a ceremony, the garden director and representatives from the 9 northeastern provinces and 5 Bangkok districts unveiled the latest Adeopapposaurus dinosaur statue, a prosauropod dinosaur discovered in Argentina in 2009. This dinosaur lived in the early jurassic age, and could walk on 4 legs, and stand on 2 legs to reach leaves on tall trees. This is the 169th dinosaur statue built at Nong Nooch Tropical Garden.