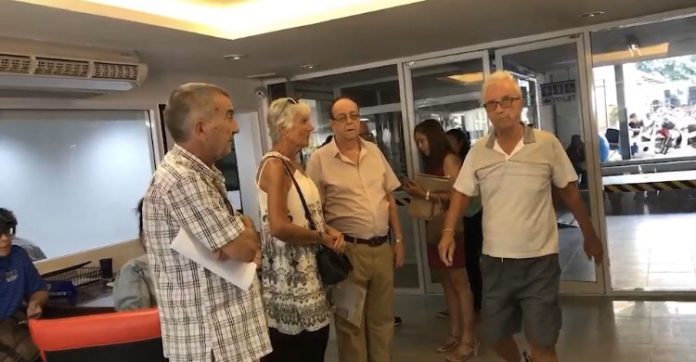 Pattaya –
An investigation has launched after more than 10 Thais and four foreigners have complained about a defrauding real estate agent operating in a condominium near Jomtien beach.

Yesterday, December 11, 2019, victims who had rented and bought rooms at the condominium have reported to the Pattaya City Police as a group.

A woman named Jidapha Sirikhong, 49, who is the owner of Som Property, had opened her office at a Jomtien condominium. The condominiums name has been withheld pending the police investigation under Thai law.

They deposited money and were told they were now the money would be paid to the owners of the properties. The owners later turned up to say they had not received any money.

Ms. Nanthika Mesnukun, 52, told police she had bought a condo with Som Property. Installments were paid directly to Som Property and promised to be paid to the owners but the owner had not received any money.

The owner of Som Property, Ms. Sirikhong, has now disappeared and cannot be located at this time, police said.

Colonel Thanaphong Phothi of the Pattaya City Police Acting Chief told the group of concerned individuals that they are continuing their investigation for legal action. Police are hunting for the owner of Som Property.

A total of 45 million baht was believed to have been defrauded and taken from the potential buyers.