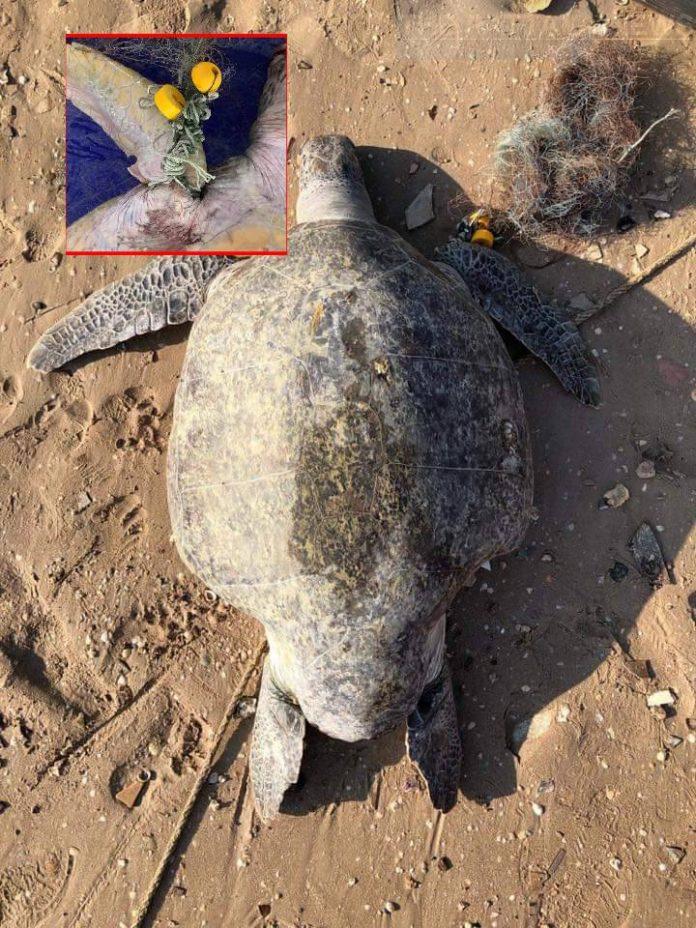 Sattahip –
A 15 year-old sea turtle has died after struggling in fishing nets in Sattahip yesterday.

The Sea Turtle Conservation Centre of the Royal Thai Navy was notified of the sea turtle found dead in the ocean yesterday, December 6th, 2019.

It was a female green sea turtle aged around 15 years old. She was 78 centimetres wide and 75 centimetres long.

No microchip was found on the turtle. The turtle has started to decay. Fishing nets and rods were found at the right and left flippers.

The cause of death was identified as unable to come up from the water to breathe after struggling in fishing nets and rod.