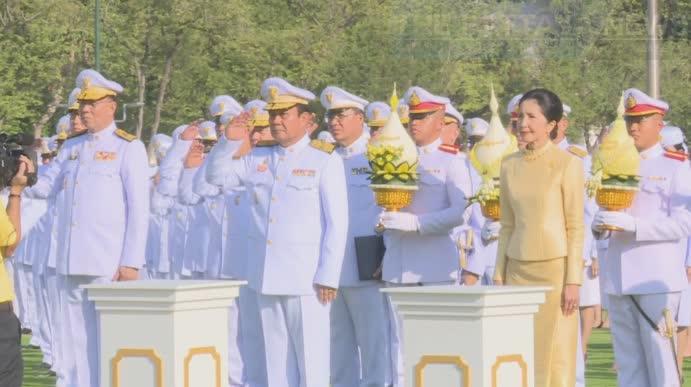 BANGKOK (NNT) – For the Father’s Day this year, on 5 December, the Prime Minister has invited the general public in Thailand and abroad to wear yellow shirts and join commemorative activities in their areas, or join the central event at Sanam Luang in Bangkok.

The agenda of events will begin with an alms giving ceremony to 89 buddhist monks at 7 a.m., followed by a wreath laying ceremony at 8 a.m., and volunteer activities to commemorate His late Majesty King Bhumibol Adulyadej. Venues in other provinces will be designated by their provincial halls.

The Prime Minister Gen Prayut Chan-o-cha has ordered all provincial governors to ensure the preparedness and orderliness of the events, and invited the general public to join activities for Father’s Day being held by government agencies and private companies, and to wear yellow shirts to express their loyalty to the monarchy.