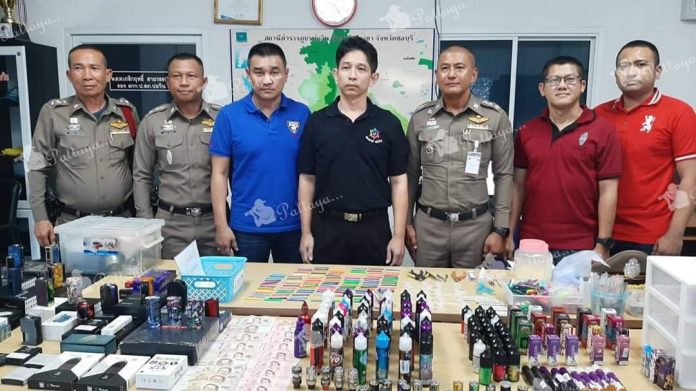 The raid was led by Major General Yannapong Somapha at a shop in front of Tesco Lotus.

The raid discovered Mr. Anuwat Sukjaroen working in the shop. His age was not given.

Dozens of devices used for electronic vaping were discovered. Mr. Anuwat was arrested and will face multiple legal charges. Police noted that this is the second raid in the past twenty four hours. They stated that more raids will be taking place.

He is facing charges of illegally operating dental braces service. In Thailand, selling these items without a dental license is against the law.

Thailand has some of the strictest laws in the world against Vaping. Fines for being caught using a single vaping device can be as much as two thousand dollars US, or 60,000 baht in some cases as well as possible jail time.

Police and authorities regularly warn tourists and locals not to use, buy or sell the devices. They officially state the reason for the raids is out of concern for public health.