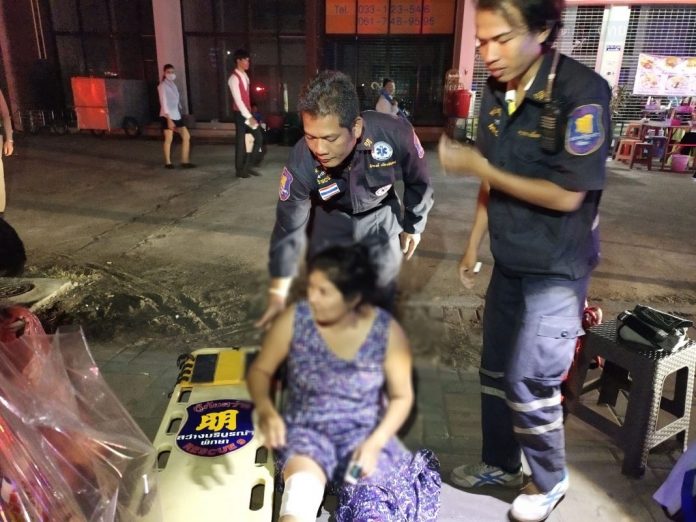 Bang Lamung–
Bang Lamung Police are hunting for suspects who snatched a bag from a Russian tourist while walking in Naklua last night.

Captain Prakasit Paladet of the Bang Lamung Police was notified of the incident at 9:30PM near the intersection on Sukhumwit Road.

Police and The Pattaya News rushed to the scene. Police arrived at the scene to find 41 year old Ms.Sapagova Akmaral, a Russian national.

She told police two teenage suspects who were on a motorbike had stopped beside her while walking down the road. She has sustained minor injuries.

The suspect had snatched her bag which had 700 baht cash and an expensive mobile phone before speeding away.

Police are now hunting for the suspect to face legal action and reviewing CCTV in the area.

This is the fourth snatch and grab from Russian tourists in about two weeks in the area. Police are also investigating to see if the incidents are connected.