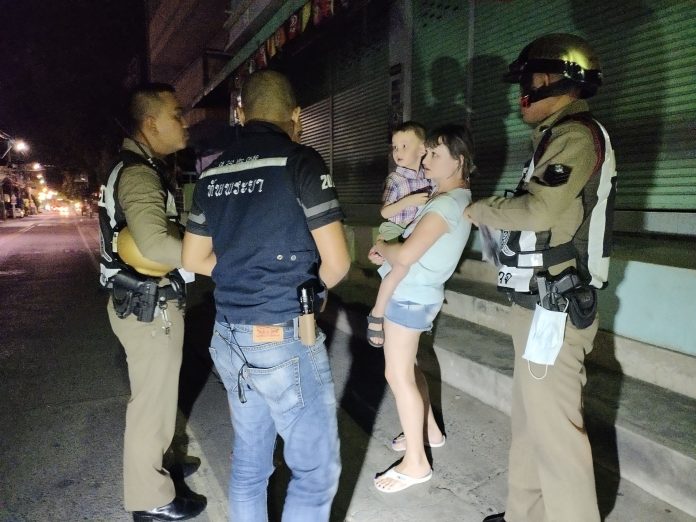 Pattaya –
Pattaya Police are hunting for suspects who snatched a bag from a Russian tourist while walking with her young son in Pattaya early this morning.

Major Nithikorn Sukrueang of the Pattaya City Police was notified of the incident at 0.10AM in Soi Naklua 16.

The Pattaya City Police and Lieutenant Colonel Piyaphong Ensan of the tourist police rushed to the scene.

Police arrived at the scene to find 39 year old Ms. Burika Irima, a Russian national, who was with her husband and five year old son.

They told police that two teenage suspects who were on a motorbike had stopped beside them while walking down the road.

Police are now hunting for the suspect to face legal action and reviewing CCTV in the area. This is the third snatch and grab from Russian tourists in about a week in the area. Police are also investigating to see if the incidents are connected.

Police reminded tourists while speaking to the news not to display flashy jewelery or carry expensive goods while out and about and to be aware of their surroundings.