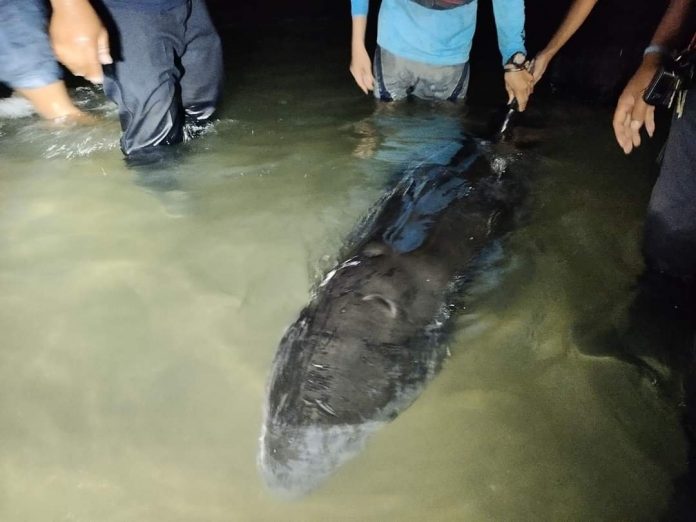 Pattaya –
The False Killer Whale found at the Pattaya beach this week has died from a blood infection.

The Sea Turtle Conservation Centre of the Royal Thai Navy reports that the whale was 3.54 metres long and weighed 297 kilograms.

The autopsy shows that some black net was found inside its stomach but no plastic and was not the cause of death.

Veterinarians have identified the cause of death as the whale died from a blood infection.