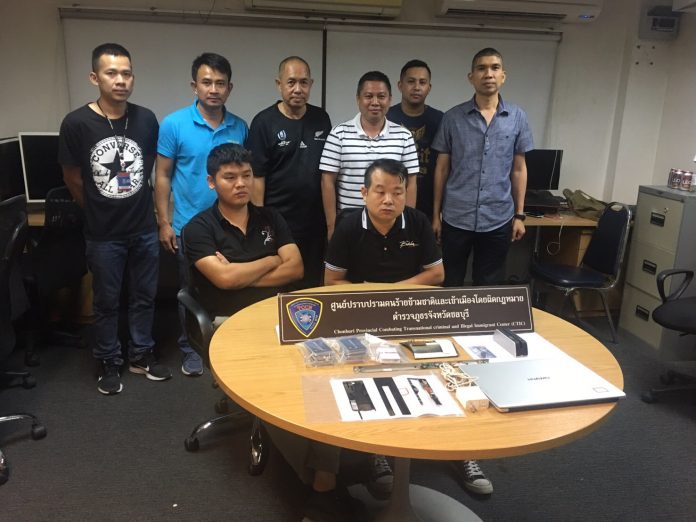 Police have seized 111 fake ATM cards and other electronic items.

The arrest follows after an investigation that these two suspects have installed electronic skimmers at Automatic Teller Machines in Chonburi.

They have entered Thailand November 17 via tourist visas. They are facing charges with making fake electronic cards.