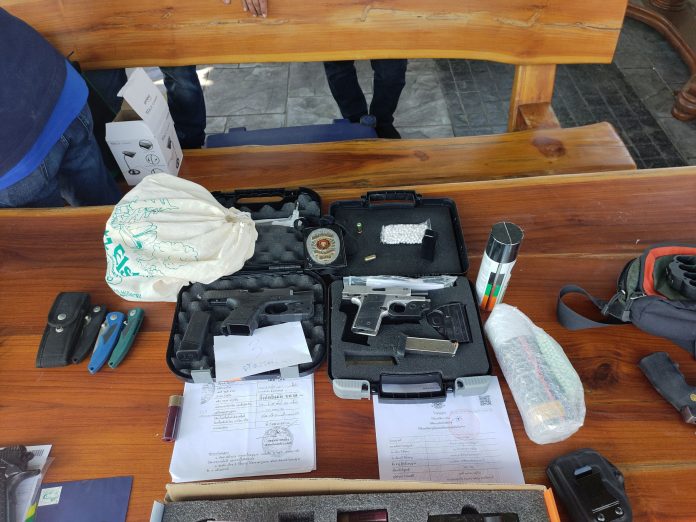 Bang Lamung –
A German man and his girlfriend have been arrested for illegal possession of guns and bullets in Pattaya today.

Officers from the Immigration Office Region 3 today have raided a house in Map Prachan housing estate on Phonprapa Nitmit Road in Nongprue.

Col Rattaphong Tiesakun told The Pattaya News that they have received many complaints from locals that they always hear gun shots from the house and alleged the man gets drunk and starts shooting into the air often.

The couple has been charged with illegal possession of firearms and ammunition.