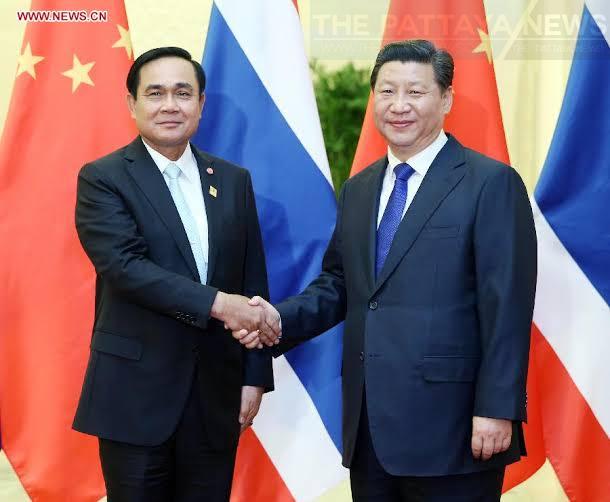 Thailand adheres to the one-China policy and is willing to actively participate in the Belt and Road Initiative, Prayut said, adding Thailand hopes to further strengthen economic and trade cooperation with China, and welcomes more Chinese investment in Thailand as the two countries mark the 45th anniversary of diplomatic ties next year.

The Thai premier said he hoped the two countries would further strengthen military cooperation in equipment and technology, joint exercises and joint training, as well as multilateral security.

Wei said that under the guidance and encouragement of leaders of the two countries, bilateral relations have maintained good momentum with bountiful fruits yielded in all areas of cooperation.

The Pattaya News is your number one source for Real, Unbiased, Impactful and In the moment news based in Pattaya, Thailand. Our news focuses on the latest news in and around Thailand and Southeast Asia.
Contact us: Pattayanewsedito[email protected]