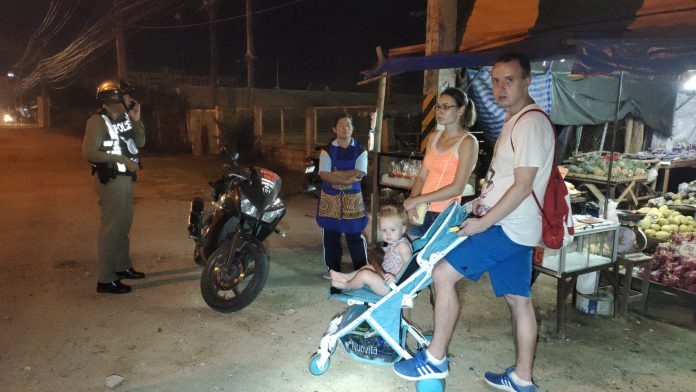 Pattaya –
Pattaya Police are hunting for a suspect who snatched necklaces valued at about 55,000 baht from a Russian tourist.

Caption Janerop Wangthongsang of the Pattaya City Police was notified of the incident at 10:30PM in Soi Wat Boonganjanaram in Nongprue yesterday.

Police arrived at the scene to find 25 year old Mrs. Pankratova Elena who was with her husband and three year old daughter.

They told police that a teenage suspect who was on a motorbike had stopped beside them while walking down the road pushing their daughter in a stroller.

The suspect had snatched two necklaces from her neck which was valued at about 55,000 baht. She had called for help from Thai people nearby.

Police are now hunting for the suspect to face legal action and reviewing CCTV in the area.