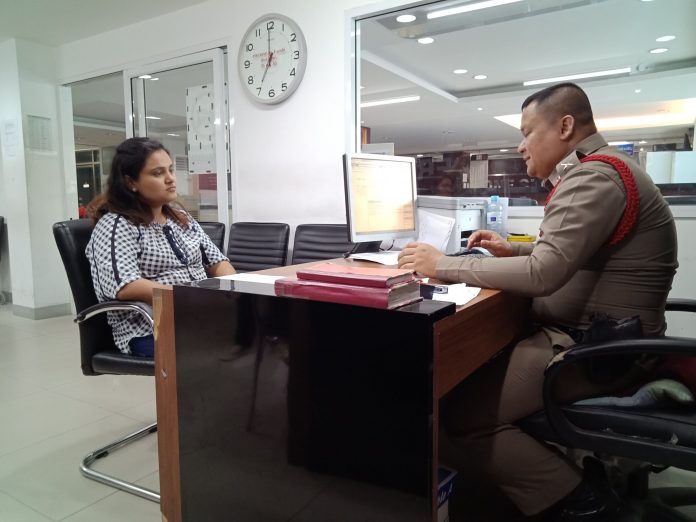 Pattaya –
A Burmese woman has reported to the Pattaya City Police station today for allegedly being extorted money by a man who claimed to be a police officer.

The woman, 27 year old Burmese National named only as Mrs. Duragar had reported to Captain Nakarat Nonsrilart of the Pattaya City Police this morning.

She told police that a man who was wearing a uniform similar to police extorted her in order to free her two friends from an arrest.

She told Captain Nonsrilart that she gave this alleged officer 12,000 baht along with with two mobile phones, in total valued at 30,000 baht, near a department store next to the Pattaya City Police Station in exchange for the release of her two friends.

She later discovered that her two friends are still in custody. She tried to contact the alleged officer again but failed as his phone was now disconnected.

Police are continuing their investigation to find the suspect. Neither the victim nor Pattaya Police would comment on what her friends had been arrested for or how they first got in contact with the suspect.