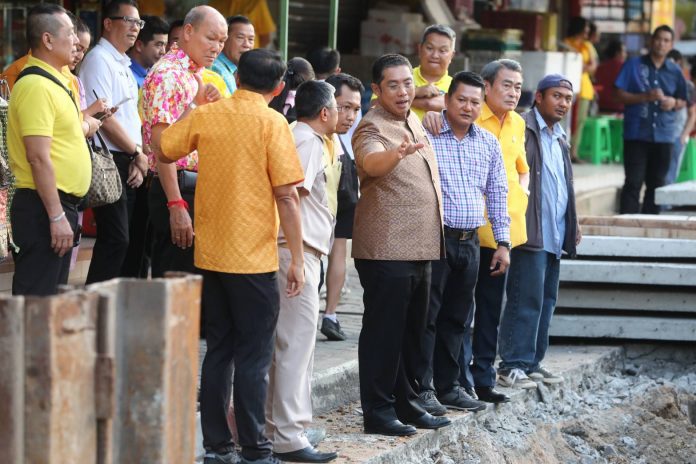 The primary area inspected was work being constructed on Sawang Fah Road in Naklua in the total area of 24,564 square metres which has been ongoing now for nine months.

The Pattaya City Mayor Sonthaya Khunplueam told the gathered news media “some parts of the construction on Naklua East Road needs to be changed from the plan due to traffic which has affected road users and operators.”

“We have discussed with the committee and the contractor to avoid problems that can be caused from the construction.” He continued.

Complaints of traffic have been common in recent weeks on social media due to the many roadwork projects taking place throughout the city. The Mayor stated that he is aware of the complaints and working to address them.