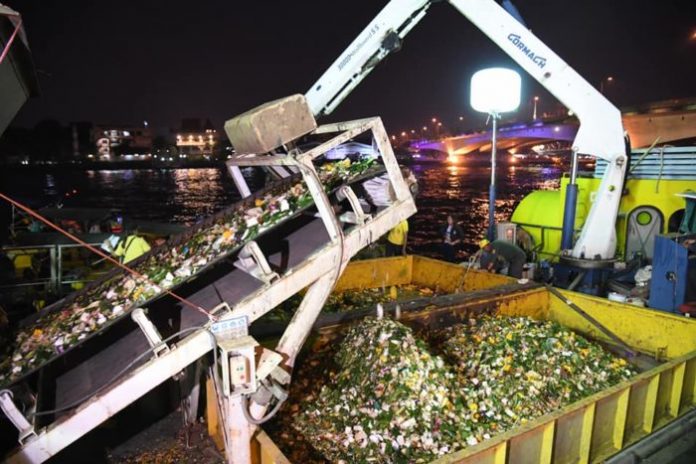 BANGKOK (NNT) -This year’s Loy Krathong Festival was celebrated widely last night, followed this morning by the collection of Krathongs floated on waterways everywhere. In Bangkok, City Hall staff had by 6 a.m. today counted and sorted some 500,000 Krathongs, mostly made from organic materials

Staff members of the Bangkok Metropolitan Administration quickly collected Krathongs in the Chao Phraya River, city canals, and some 30 parks opened for the general public to float their Krathongs last night. The collection and sorting of these Krathong was completed by 6 a.m. today.

Staff members at Bueng Si Than Lake in Khon Kaen University, said today that 99 percent of Krathongs floated there were made from organic materials including bread. It is expected these Krathongs will weigh 6 tons in total. Khon Kaen University has prepared disposal stations, where these Krathongs will be degraded into fertilizers, which can then be used by the university in the future.