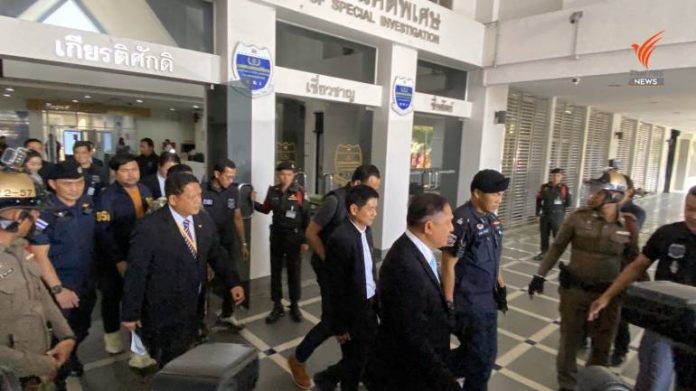 Former Kaeng Krachan national park chief Chaiwat Limlikhit-akson and the three fellow suspects have been detained after four hours of questioning by the Department of Special Investigation (DSI), during which they denied all the charges filed against them.

Currently director of Conservation Office 9 in Ubon Ratchathani province, Chaiwat told the media, after the lengthy interrogation, that all four of them will not request bail at this stage.

DSI deputy director-general Pol Lt-Col Pakorn Suchivakul said that the DSI would have objected to their bail requests anyway, adding that, while no arrest warrants for additional suspects have been filed so far, the investigation of Billy’s murder continues.

Earlier, Chaiwat complained that social media users have already found him and his men guilty, while claiming that he has always worked in accordance with justice process. He said that, when he made any accusations against anybody, he would give them a fair chance to defend themselves.

The former park chief also expressed scepticism over the DSI’s rush to wrap up Billy’s case against them saying “In just six months, they (the DSI) knew the motives, the background, all the evidence.  There must be something.”

Nevertheless, he said that they will all fight the case in court.