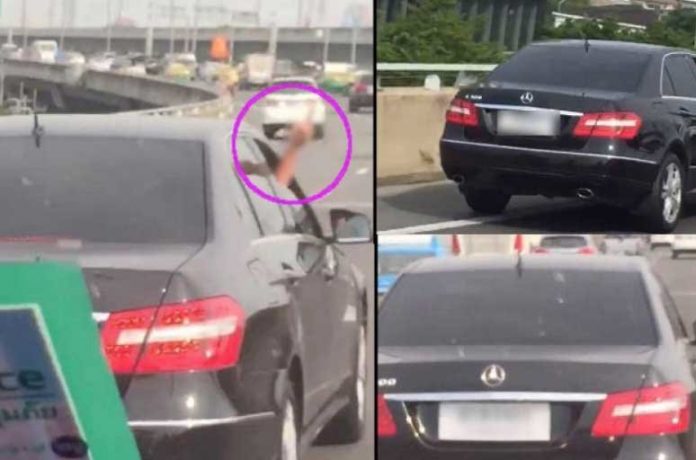 Relatives of a sick person in an ambulance with its siren wailing called it “unbelievable” after a Mercedes Benz driver refused to get out of the way for their ambulance.

Then, to top it off, the driver gave them a middle finger salute before driving off on the expressway.

Thai media has called for action to stop a problem that seems to be increasing. Fines of 500 baht for those with million baht vehicles are seen as no deterrent at all.

This case is one of many in recent years but is made all the worse by the entitled driver displaying a rude gesture.

A video of the incident was posted to Facebook.

An ambulance was on its way between Phyathai 2 and Phyathai Hospital (Sri Racha) on Saturday.

The Ambulance driverz Mr. Warut said that everyone else on the road had got out of the way but the Benz driver did not. He seemed to be being deliberately difficult before he left the road at high speed.

A relative of the patient who was in the ambulance slammed the driver as “unbelievably inconsiderate”.