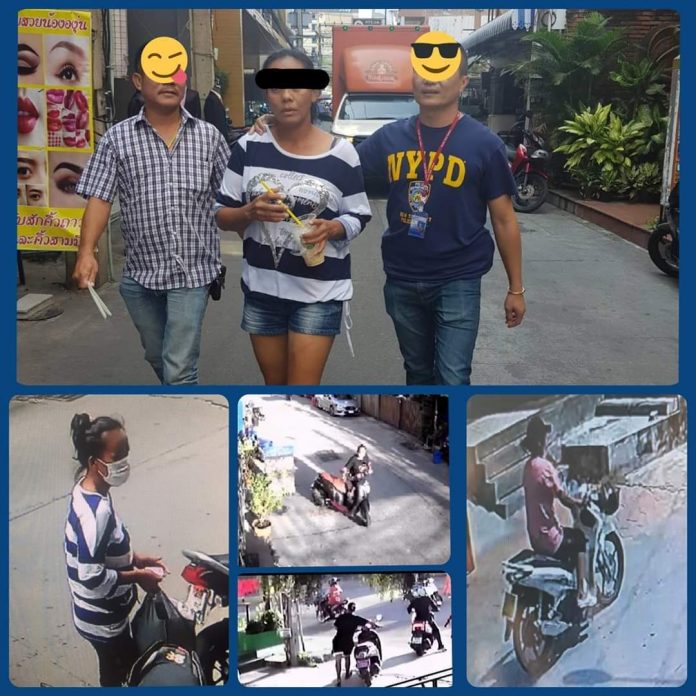 A forty year old female motorbike thief, whose full name was not given by police, was caught in Pattaya on Saturday afternoon.

She had been operating by walking around wearing an air filter type mask to help disguise her appearance in the Second Road area around soi 11 and 12 hunting for motorbikes whose owners had left the keys inside while running errands or going into a shop briefly.

When she found a motorbike she would drive away with it, reselling it afterwards. She was caught yesterday afternoon by Pattaya Police on Second Road hunting for potential victims according to police near the top of Soi eleven.

She was arrested and taken to the Pattaya Police Station where she will face legal action for her crimes.