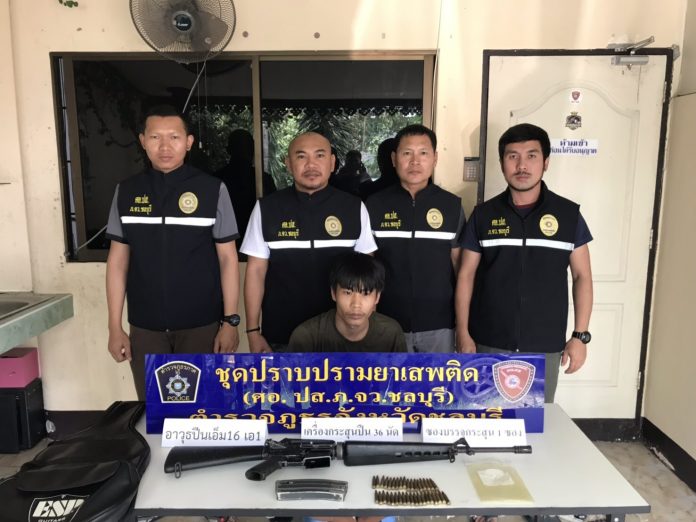 Pattaya –
A man has been arrested with a M16 rifle and 36 bullets inside a guitar bag in Pattaya.

He was arrested in Soi Sukhumwit – Pattaya 25. Police have seized the M16 rifle with 36 bullets.

Capt Prasittiboon said they received a tip-off from a concerned citizen that Khongphop has been involved with drug dealing.

Police found him with the M16 rifle and bullets inside a guitar bag. No drugs were found with him. He had no reason for having the weapon.

He was charged with illegal possession of firearms and ammunition and illegally carrying those items in public.