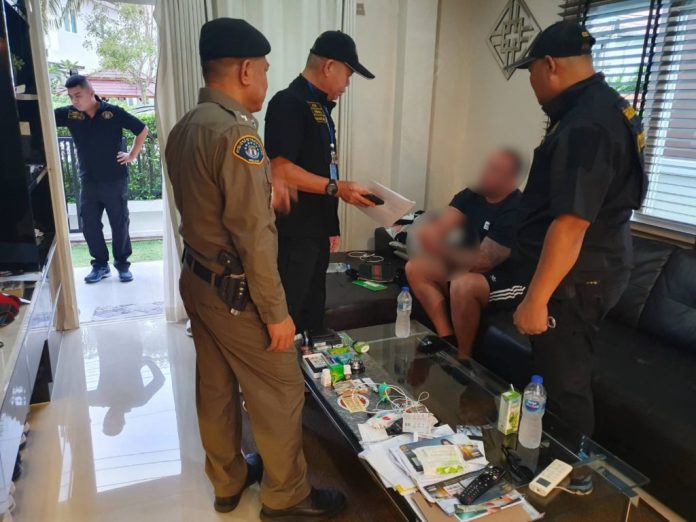 CHON BURI: A 31-year-old Briton wanted for extradition on multiple drug charges has been caught in Pattaya yesterday afternoon.

Pol Col Arun Wachirasrisukanya, superintendent of CSD sub-division 2, said the British Embassy in Bangkok had asked the Foreign Ministry to help track down Mr. Rumble, a suspected drug agent involved in many narcotics offences in his country, following information the man had fled to Thailand.

Mr. Rumble said he is innocent of all charges and claimed it was a setup by an angry ex wife. Regardless of his claims, he has been detained by police and the case was being sent to the criminal court. The British Embassy has been contacted and is involved with the case.

This is the third foreign fugitive caught in a week in the Pattaya area.

Immigration authorities told the media in a press conference last week they are actively and aggressively cracking down on criminal foreign fugitives in the area.