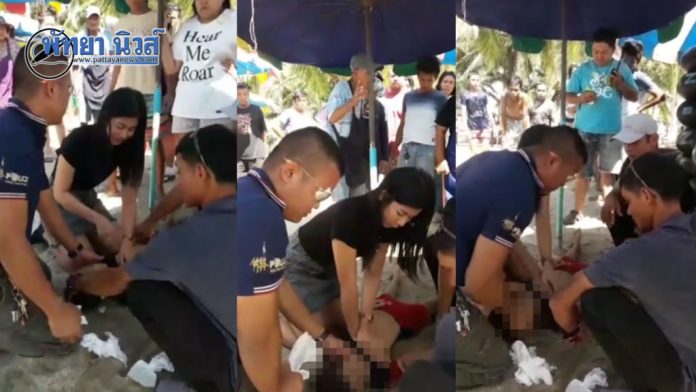 Bang Saen –
A young boy drowned at Bang Saen beach while another has been rescued from the surf yesterday afternoon.

They rushed to the beach to find a seven year old boy named as Suppakorn, who had already been pulled up from the water by other beach goers.

Rescue workers tried to save him but it was too late. He was later pronounced dead at the scene.

A witness said he was playing in the water at about one metre deep. She saw the boy was face down in the water and called for help.

On the same day, another child was also rescued from drowning and safe at Bang Saen beach, only a few meters away from the location of the drowning.