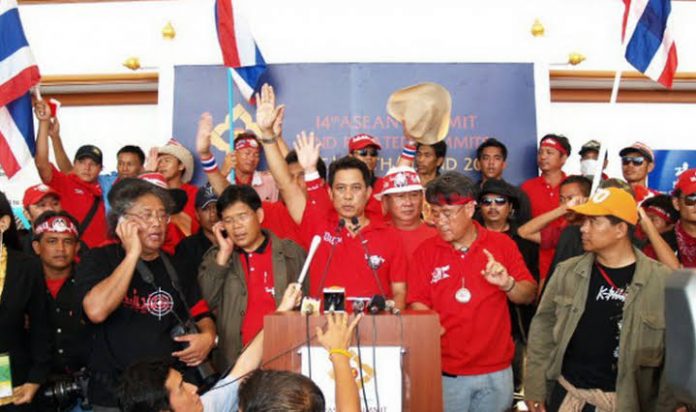 In 2009 at Pattaya, red-shirt protestors were protesting against the prime minister at the time and demanding his resignation and stormed the ASEAN summit causing chaos and world leaders to be evacuated.

Today, three red shirt leaders who are Lt Col Waipoj Arphonrat, Samrueng Prachamrua and Worachai Hemma have been sentenced to four years in prison with no suspension of time.