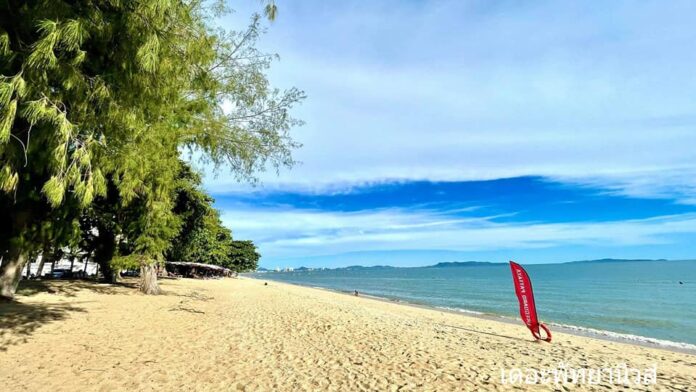 Pattaya –
An unidentified body of a foreign man has been found on Pattaya beach today.

The Pattaya City Police, the Pattaya Tourist Police, emergency responders and The Pattaya News rushed to the beach near Khao Phra Tamnak this morning.

At the scene they found the body of a foreign man aged around 50-60 years old. The man’s body was naked but wearing a pair of sneakers. His face was heavily bruised.

No identification was found with him. It is believed that the man had died at least four hours before his body was discovered.

Mr. Weera Wongwean is the fishermen who first found the body. He told The Pattaya News that he had gone fishing in the morning. He saw the body near a rock and called police.

At this stage police believed that the man might have gone for running and was wearing only shorts.

The police believe he then slipped from rocks and fell. He might have fallen unconscious before drowning. The waves later washed his body up on the beach and pulled his shorts off his body, according to police.

However, police are continuing their investigation to identify the man and the cause of death.