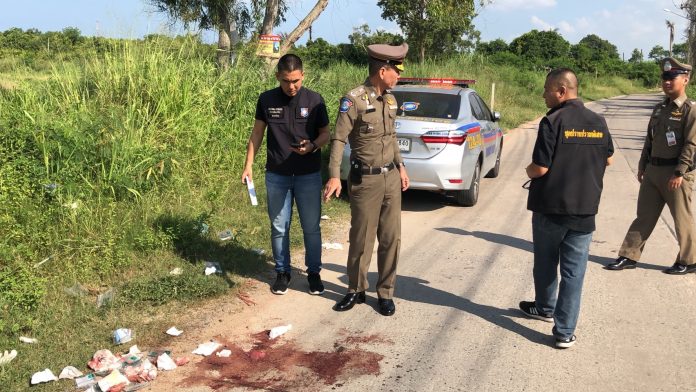 Pattaya –
Police have identified a suspect who has allegedly stabbed a Korean man 17 times this morning on Soi Khao Talk in Pattaya as another Korean man.

A Korean man has sustained serious injuries and is in a coma from 17 stab wounds in Pattaya early this morning.

The Tourist Police Commander Lt Gen Chettha Komonwattana said they have already identified the primary suspect as another Korean man. Police are currently hunting for him.

At this stage police believe that there were two reasons for the crime which were robbery and personal problems, possibly tied into a business deal.

Mr Jinhyung, the victim, is a professional golfer in Korea. He has stayed in Pattaya for many years. He is an operator and owner of a local spa business.

Mr. Jinhyung is now in surgery at a local hospital and remains in a coma.