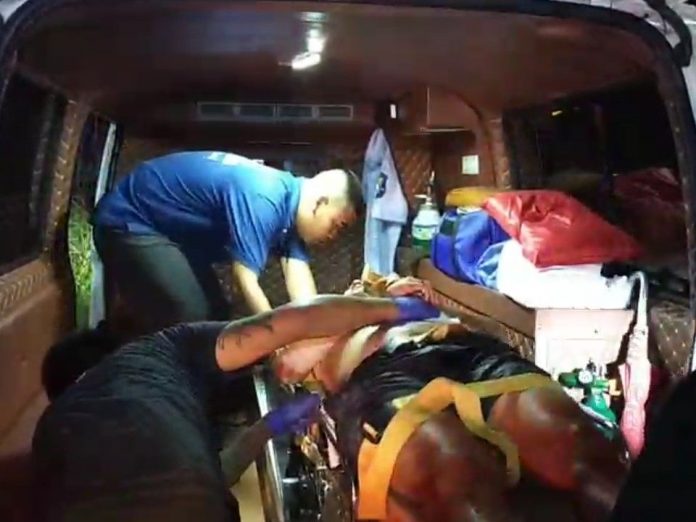 Korean man in a coma from 17 stab wounds in Pattaya

Pattaya –
A Korean man has sustained serious injuries and is in a coma from 17 stab wounds in Pattaya early this morning morning.

Capt Romeran Srikraipak of the Nongprue Police was notified of the incident at 2AM in Soi Khao Talo, located on the so called darkside in Pattaya near the highway.

He was lying in a pool of his blood and unconscious, but alive, with 17 stab wounds. He was rushed to Bang Lamung Hospital.

Nearby Police found a white BMW sedan. Blood was found in the back of the sedan. A knife, various personal effects, a Mercedes Benz car key and 400,000 baht cash was found inside the sedan.

A taxi driver, 33 year old Wichiean Wiyasing, told police that he was on the way driving back home. He saw the injured Korean man bleeding heavily in the road screaming for help before he passed out. Mr Wichiean called the police.

Ms Ampa Paking, 31, who is Mr Jinhyung’s girlfriend, told police that Mr Jinhyung doesn’t have any problem with anyone. She has no idea who has attacked her boyfriend and was not at the scene during the incident.

Police are continuing their investigation to find suspects. We will have another update shortly.