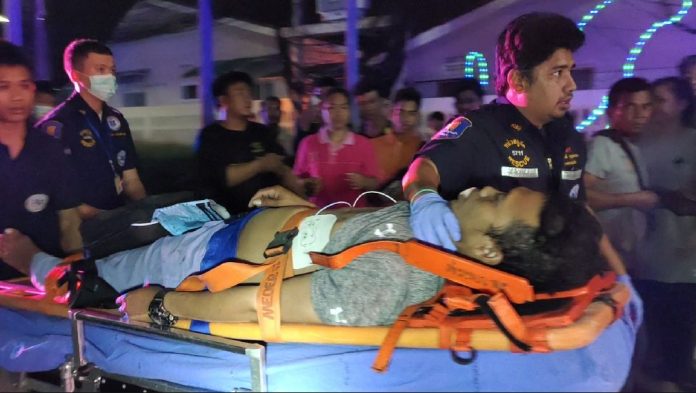 Pattaya –
A Cambodian man who was being taken to a local hospital during an asthma attack has sustained injuries after falling from a motorbike in Nongprue last night.

Sawang Boriboon Thammasathan rescue workers and The Pattaya News were notified of the incident at 7:30PM in Chockchai Village 7 housing estate in Soi Khao Noi.

They arrived at the scene to find 37 year old Cambodian Mr. Weera (last name not provided) who was unconscious on the road. He had been provided CPR while being taken to Bang Lamung Hospital.

His relatives told The Pattaya News that Mr. Weera had severe asthma symptoms. While he was working, he could not breathe. His relatives took him on a motorbike heading to a hospital. Mr. Weera fell from the motorbike during his asthma attack.