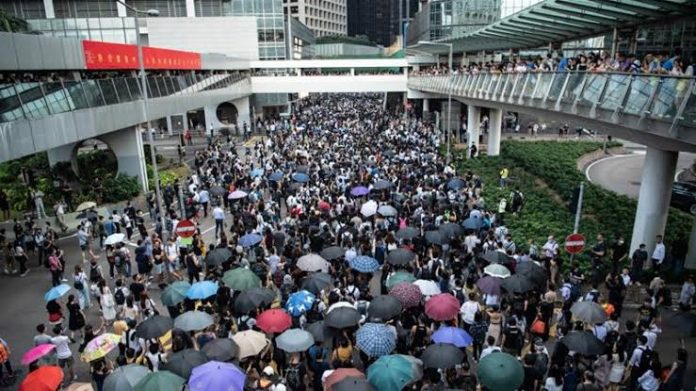 BANGKOK (Reuters) – The Chinese embassy in Bangkok has condemned Thai politicians for showing support for Hong Kong activists involved in anti-government protests, saying it could harm the relationship between the two countries.

The criticism was echoed by Thailand’s army chief, who on Friday spoke of “hidden agendas” in meetings between opposition activists.

The embassy criticism, in a statement on its official Facebook page late on Thursday, came days after Hong Kong pro-democracy activist Joshua Wong posted a picture on social media with a prominent Thai opposition politician.

“Some Thai politicians have contacted the group that wants to separate Hong Kong from China, showing gestures of support,” the embassy said in a Thai-language statement without naming any individuals.

“This is wrong and irresponsible. China hopes that relevant people will understand the truth about problems in Hong Kong, act carefully and do useful things for the friendship between China and Thailand.”

Hong Kong has seen months of protests led by young activists against the city’s Beijing-backed government amid fears Beijing is gradually eroding freedoms promised when the city returned to China from British rule in 1997.

China denies that and has accused Western countries of stoking anti-China sentiment in Hong Kong.