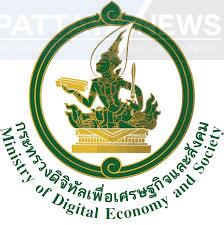 Arthit Suriyawongkul, coordinator of Thai Netizen, said the group will mobilise support for the law amendment from the House committee on telecommunications, digital economy and society.

He said the data retention requirement under Section 26 of the Computer Crime Act is being targeted for revision as one of several elements that stifle civil rights.

The move to push for amendments to the law was rekindled after the Digital Economy and Society Minister Buddhipongse Punnakanta on Tuesday (Oct 8) told owners of coffee shops and restaurants to hand over their customers’ WiFi browsing histories as part of the ministry’s campaign against fake news.

The ministry said the data would be used by its anti-fake-news centre to monitor and investigate people who disseminate inappropriate information online in violation of Section 26 of the Computer Crimes Act.

Critics say the move is more proof that legislation is being abused by security agencies to target political dissent and hamper civil rights, not computer crime.

Mr Arthit said the civil sector is seeking cooperation from the House committee on telecommunications, digital economy and society in initiating amendments to the computer crime legislation.

Section 14 and Section 20 are among top concerns, he said.

Mr Arthit questioned the merit of Section 26, saying he did not believe it was an effective tool of deterrence.

He said the costs of storing the data would be absorbed by business operators or non-profit entities like universities, and these establishments might decide to terminate their internet access over concern of the risk of legal action.

However, he declined to offer an estimate of the financial cost of data retention.

“This law is designed to catch bad people, but it won’t be able to do that because criminals know how to acquire personal data of others and use it to access the internet and do bad things,” he said.

Meanwhile, Law Enforcement officials state that the law is nothing new and that if people are doing nothing wrong they have nothing to worry about.