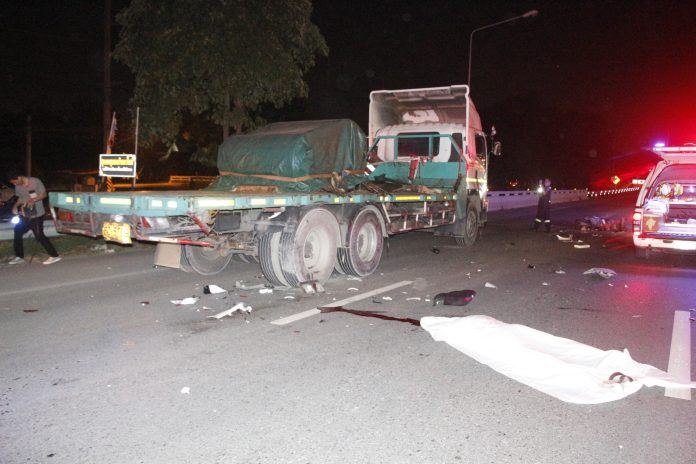 Bang Lamung –
A student motorbike driver died and was decapitated after colliding with a parked truck in Bang Lamung early this morning.

Capt Pichitpong Yodpiklu of the Bang Lamung Police was notified of the accident near a bridge in Baan Na.

Police and emergency responders arrived at the scene to find the damaged motorbike collided at the back of the truck.

On the road they found the body of 22 year old Ms. Urairat Suksaweang who was a student of a university in Chonburi. Thai Media reports referred to her as well known and popular at the University.

Her head was found separated from her body. Her remains were taken to a local hospital. Police say she died instantly.

The truck driver, 48 year old Mr. Manop Deekhuntod said the truck was out of battery power. He parked the truck on the road. The motorbike then collided with the truck. It was unclear what the level of lighting was.