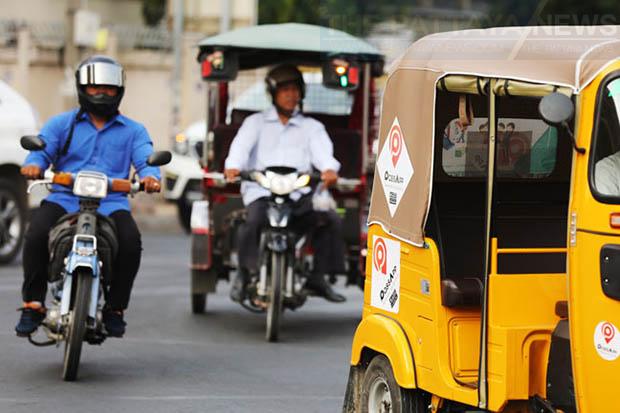 The Cambodian Labour Ministry has revoked its recent ban on foreign nationals from working as taxi drivers, street vendors and a handful of other jobs in the informal sector.

Labour Minister Ith Samheng in a statement on Saturday said the ban issued in August no longer applies and it was business as usual for those who were affected, the Khmer Times reported on Monday.

“[The lifting of the ban] is due to a demand for foreign expertise in the service sector and in order to encourage investment to Cambodia,” he said. “Because of this, the ministry has decided to allow foreign nationals to be employed in any industry and also to be self-employed.”

He explained to the Khmer Times at the time that self-employed persons referred to those who work and derive income on their own.

“Those who fail to follow the directive will face punishment under the Labour Laws,” Samheng had noted.

Ath Thorn, president of the Cambodian Labour Confederation, said on Sunday he was very surprised that the ministry had rescinded the ban and allowed foreign nationals to resume informal jobs.

“So far, we have seen that foreigners have taken some informal jobs away from our people, depriving many poor Cambodians of their livelihoods,” he said, noting that CLC wants the ministry to explain why it lifted the ban.

Vorn Pov, president of the Independent Democracy of Informal Economy Association, on Sunday said that he was really puzzled over why the ministry is allowing foreigners to run small businesses or be self-employed again.

“I am so disappointed with the ministry for reopening such opportunities for foreigners. I do not support the minister’s reason that it is in order to attract more investment,” he said. “All these types of jobs are not bringing in investment.”

Pov noted that Cambodian workers in the informal sectors will lose their jobs and income because of the ministry’s move.

“The change in policy is too quick. The results of the ban have not been seen yet and now it has been lifted,” he said. “I request Labour Minister Ith Samheng as well as the government to reconsider the move in order to help our Cambodian people keep their job stability, get an income and boost their living standards so that they do not have to go abroad to find work.”

According to a Labour Ministry report, there are 160,077 foreigners from 93 countries working in the kingdom across all sectors.

More than 100,000 are Chinese, while the rest are Vietnamese, Filipinos, Thais, Indonesians, Taiwanese, Malaysians, South Koreans, Indians and Britons.