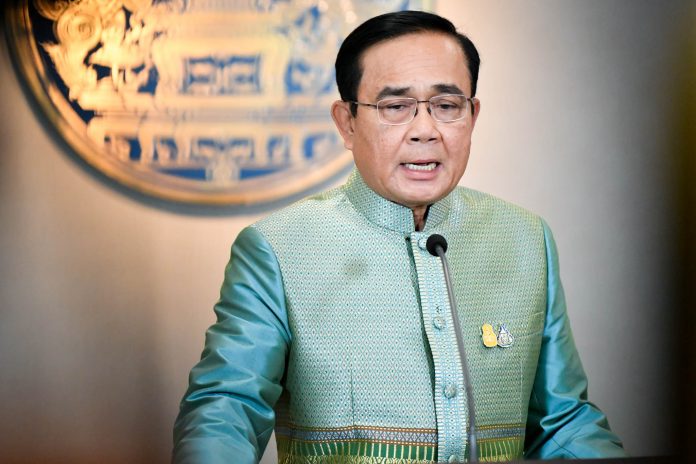 At a ceremony held to present government policy to the National Farmers Council on Thursday (October 3), Prime Minister General Prayut Chan-o-cha said drivers of vehicles emitting pollution will be arrested, adding that transport business owners have to be held responsible for emissions caused by old auto parts.

He also added that Thai farmers can help the government reduce the particulate matter smaller than 2.5 micrometres, or PM2.5, by reducing their outdoor burning which causes the unhealthy pollution.

Meanwhile, the Department of Industrial Works said it is ready to cooperate with the Royal Thai Air Force (RTAF) to tackle the pollution problem by installing PM2.5 detectors in areas that have many factories and sending an inspection team to address the problem.

Prakob Vivitjinda, the department’s director-general, said his agency will install PM2.5 detectors on RTAF drones to examine unhealthy levels of dust in the air, especially in industrial areas, before sending a team to inspect factories.

“The department also plans to install more real-time sewage detectors that will send information round the clock. These detectors have already been installed in factories that discharge more than 500 cubic metres of water daily, and this has already proved to be successful.”