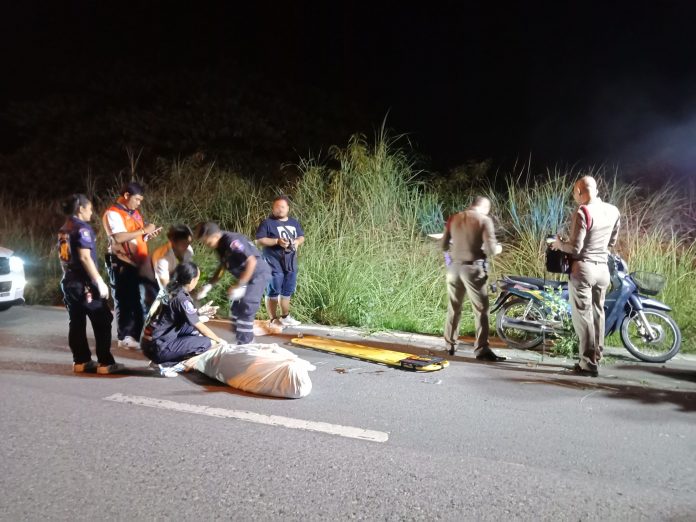 Bang Lamung –
A motorbike driver has died at the scene after a road accident in Bang Lamung early this morning.

Capt Pichitphong Yodpikun of the Bang Lamung Police was notified of the incident on a road near a railway in Nongket Yai at 1AM.

Police and emergency responders arrived at the scene to find the damaged motorbike in a ditch on the side of the road.

Nearby they found a body of the Thai man who was identified as 41 year old Samran Tapmongkon. Blood was found on the ground. His remains were taken to the Bang Lamung Hospital.

At this stage police believe that Mr Samran had lost control of the motorbike. The area is also not well lit and very dark.