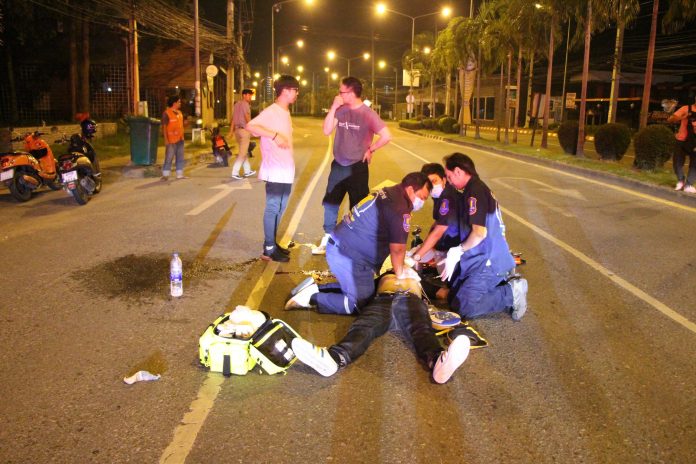 A 27 year old Hong Kong tourist fell off the back of a baht bus (a taxi pickup truck) in Jomtien on Thrappraya road at 4:00 AM this morning and was critically injured.

According to friends with the man, named as Mr. Katak Ho, they had been out drinking and were on their way back to his hotel.

He reportedly began “joking around” on the back of the baht bus, on a standing only area, doing stunts and jokes when he lost his balance and fell, suffering serious head injuries.

He was taken to Bangkok Pattaya Hospital in critical condition. Update: He unfortunately passed from his injuries several hours later.

The baht bus driver had left the scene before police arrived. Police are currently searching for the driver to get his side of the story, although witnesses stated the fault was the victims.

Pattaya Police and traffic police have warned before that standing on the back of the baht bus is technically a fineable offense, however is still very common and unenforced.