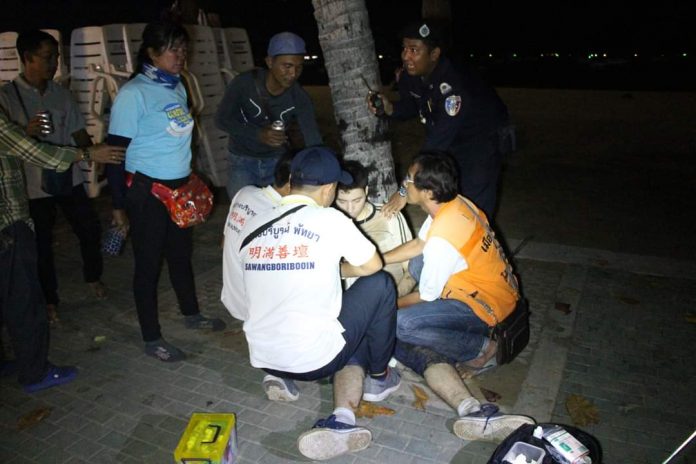 Pattaya –
An unconscious Iranian man has been rescued on Pattaya beach last night.

Sawang Boriboon Thammsathan rescue workers were notified of an incident at 9:30PM on the beach near Pattaya Soi 7.

Emergency responders arrived at the scene to find 27 year old Iranian national Shirvani Namdar. He was unconscious. He was rushed to a hospital.

35 year old Mr. Tanit Sukmak who was exercising nearby said he saw Mr Namdar walking and talking to himself alone along the beach. Mr Namdar looked like he was highly intoxicated and having problems walking according to Tanit.

Later, Mr Tanit saw Mr. Namdar again but this time he was unconscious. Tanit called the police and rescue services.