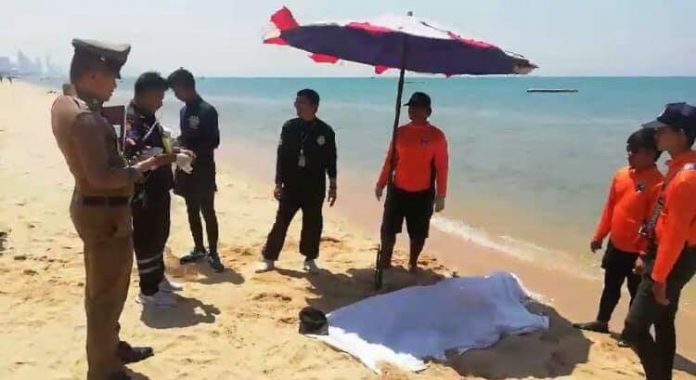 An elderly foreign woman has drowned at Jomtien beach this morning.

Pattaya City Law Enforcement reports that at 10:20AM they were notified of an unconscious foreign woman who was found floating near the beach by a bystander, who wasn’t identified, who called for help.

The witnesses attempted to provide CPR before emergency responders were called to the scene after the woman was pulled up from the water.

Emergency responders provided CPR as well but failed. She was later pronounced dead.

According to officials she was a 78 year old tourist from Kazakhstan. She was swimming alone and staying at a local hotel with her husband. He has been informed of the accident, however her name has been withheld pending contact of further family members and relatives.

Police continue to investigate the incident.