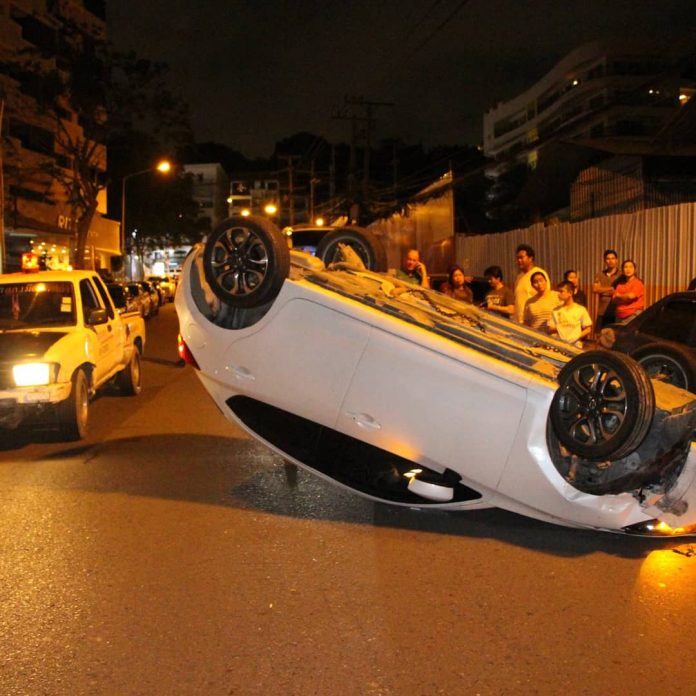 Pattaya –
A female driver has sustained minor injuries after her vehicle was flipped in Soi Pratumnak last night.

Maj Tanin Kanpai of the Pattaya City Police was notified of the accident at 8PM in Soi Pratumnak 5. Police and Sawang Boriboom Thammasathan rescue workers rushed to the scene.

At the scene they found the overturned sedan on the road. A parked sedan had also been damaged.

37 year old Ms. Panida Lainai who was the sedan driver had sustained only minor injuries. She was taken to a hospital. She appeared to be possibly intoxicated according to witnesses at the scene.

Witnesses said the sedan had lost control and collided with a parked car on the side of the road.