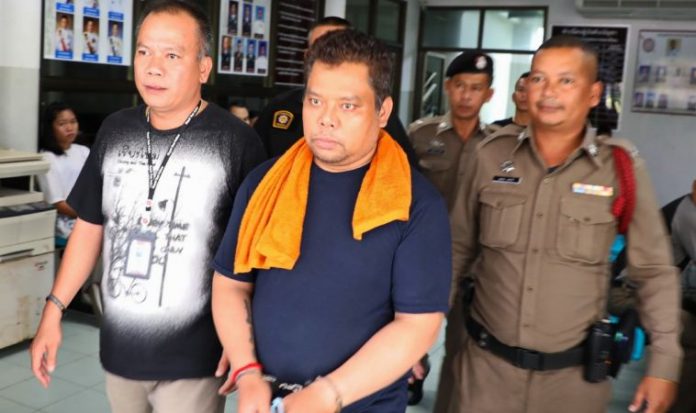 The Pattaya News reports that the Pattaya Provincial Court today has ruled over Panya Yingdung, 39, or “Sia Ouan’’ and two others who have been involved in a horrific execution style murder of a Thai couple in Pattaya last summer in front of dozens of tourists at the local Buddha Mountain. The original article is above as well as our follow up below. Keep reading for the verdict and results.

The court has judged for the death penalty over Sia Ouan and two other suspects. All three suspects pled guilty and admitted the crime. Their penalties have been decreased to life imprisonment due to the plea agreement.

They have been also ordered to pay compensation for the two victim’s family of more than 7 million Baht each.