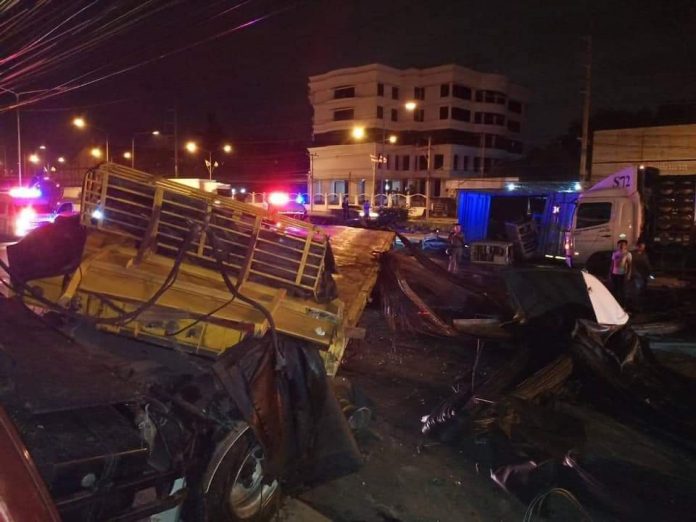 Chonburi –
Two people have died while two people have sustained injuries in a road accident with two trailers, a truck and a sedan in Mueang Chonburi this early morning.

Dragon Rescue reports that they were notified of an accident on Bypass Road (Pattaya southbound) in Nong Maidang at 1:04AM.

Witnesses said the 24 wheeler trailer had lost control of the vehicle, sliding off the proper lane and collided with the other vehicles.