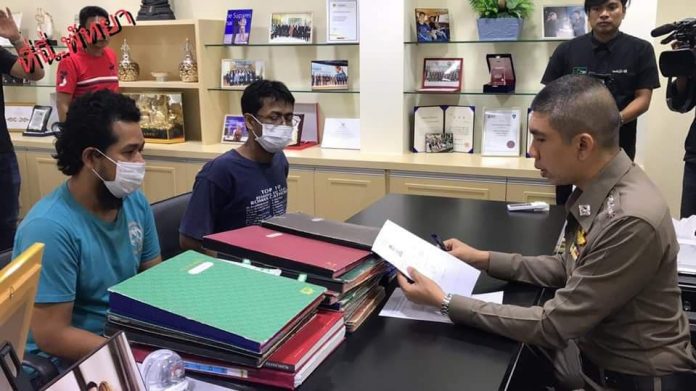 Two suspects arrested over a night robbery in Pattaya

Pattaya –
Two suspects have been arrested for a night robbery in Pattaya.

Nongprue Police led by Police Chief Col Chitdaecha Songhong has continued their investigation where they have arrested two male suspects.

They have admitted that they were drunk when they threatened the two victims for some money on motorbikes.

The two suspects have been charged with night theft by doing any act of violence or threatening.

Their names were not given to the press.