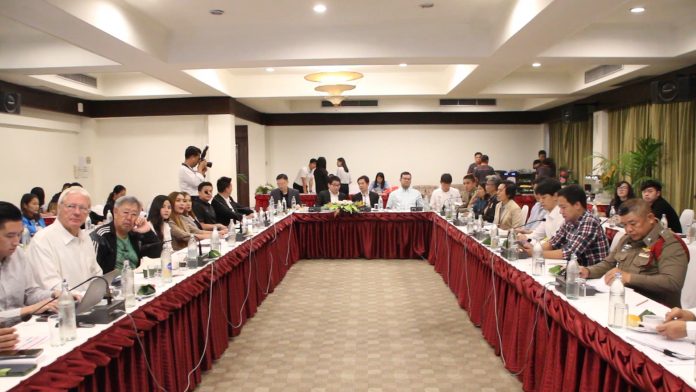 Pattaya –
The Pattaya Tourist Police are continuing a crackdown of illegal workers in temples they announced this afternoon at a conference The Pattaya News attended.

Lt Col Piyapong Ensarn of the Pattaya Tourist Police said many businesses are renting temples in the area around Chonburi for Chinese tour groups.

Lt. Col Ensarn stated that only 4 of 10 temples in the area are doing the right thing about renting land to businesses.

Police are also strictly checking for illegal workers who are selling amulets and religious artifacts in temples. These are not meant to be sold to tourists for profit.

They have arrested more than 470 people who are illegal tour guides and illegal taxi drivers at temples in the past several months.

Several monks were present at the meeting and stated that they were following the law in terms of renting the land.

Meanwhile, the police state the investigations and crackdowns will continue.